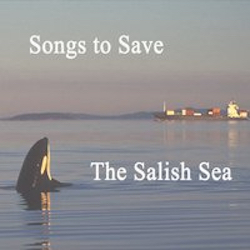 Songs to Save the Salish Sea

With Songs to Save the Salish Sea, Sharon Abreu and Michael Hurwicz are on a mission to inspire stewardship of the great inland sea of the Pacific Northwest, the Salish Sea, stretching from south of Seattle to well north of Vancouver, British Columbia.

In 2012 the Salish Sea — valued for its beauty, recreational appeal and marine life, including salmon and Orca whales — suddenly came under major threat. Island and coastal communities found themselves battling a barrage of proposals by the fossil fuel industry to export large quantities of coal, highly toxic Alberta tar sands oil and explosive Bakken shale oil to Asia through the narrow, already heavily trafficked straits of the Salish Sea.

Along with many other local residents, Sharon and Michael have been fighting back. Their favored weapons: rich vocal harmonies; catchy, lyrical and soaring melodies; and humorous, quirky, poetic and poignant lyrics.

A one-woman musical show about climate change brings to life the stories of real people in the U.S. and around the world.

A hardboiled planet with a fever, hired by a desperate species to “get something” on The Environment. 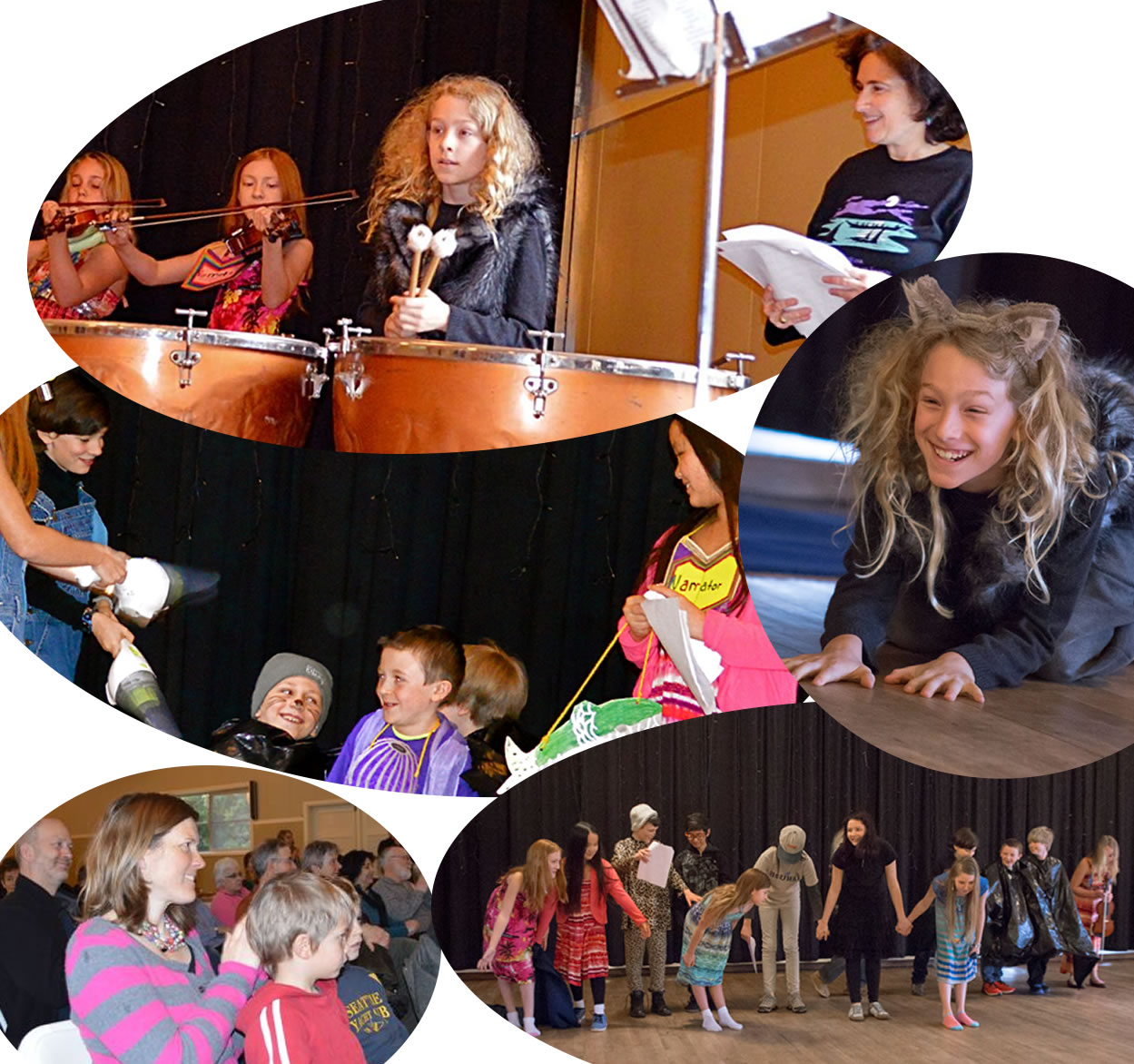 The Climate Monologues in LA

On March 27, 2016, Sharon received a standing ovation from an overflowing crowd at the Los Angeles Women’s Theatre Festival, after performing a 20-minute excerpt from The Climate Monologues. 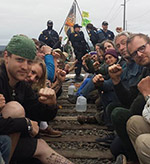 Sharon and Mike participated in a global protest when they kicked off the Break Free oil train blockade in Anacortes, WA, with a couple of songs. Sharon also performed several Climate Monologues. 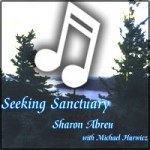 A Song to Save the Salish Sea 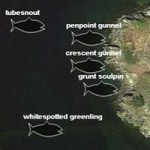 Many thanks to Nancy Maranville and Ben Pfeiffer, and everyone at the University Unitarian Church in Seattle, for hosting The Climate Monologues show on Friday night as part of their Climate Action Week (https://www.uuchurch.org/climateweek)! 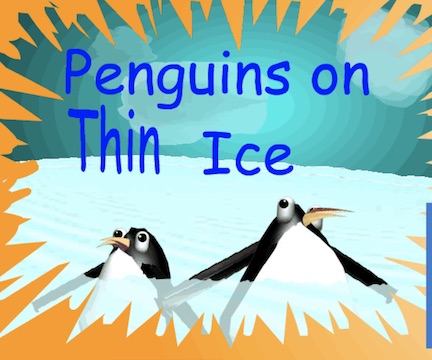 Penguins on Thin Ice uses music to share inspiration and science about global climate change and what people can do to help curb its effects. Performed on May 4, 2007, by ten students from the High School for Environmental Studies (HSES) in New York at the United Nations for the UN Commission on Sustainable Development (CSD).

Sharon attended the 6th annual Climate Solutions breakfast in May, 2014, where Governor Jay Inslee was the featured guest speaker.

Sharon attended the extraordinary Paddle in Seattle event in West Seattle on Saturday, May 16, 2015. Organized by the Backbone Campaign and supported by a host of prestigious environmental groups, the event was a huge success.